Skip to content
You are here:Homeproverb Top 5 Most Commonly Used Japanese Proverbs 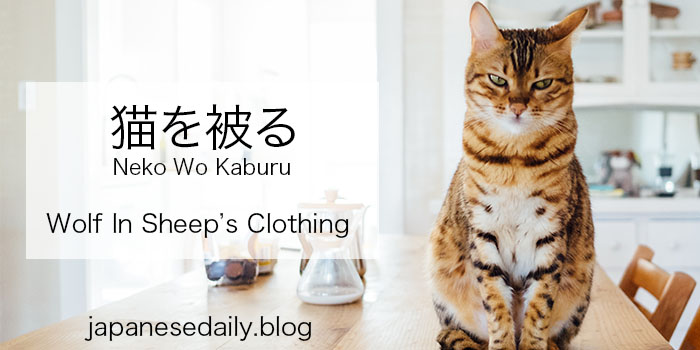 It is always an interesting part of learning Japanese when you learn different proverbs or Kotowaza in Japanese. It has so much rich context that you discover a whole story out of it!

Learning Japanese proverbs not only let’s you enrich your Japanese skills, but it also furthers your understanding of the culture.

Let’s look at the most common proverbs you can use right away!

This means that there is little difference, and they are not so different at all.

Let’s break down the kanji into small parts, so we can see what Japanese characters are used, and how they make up this meaning:

Breaking down the Japanese Characters

五十 – Gojuu(fifty) and 歩 – Ppo which means to walk or step are combined together.

Similar to the first part, this is also a combination of 2 separate Japanese characters. 百 -Hyaku (one-hundred) and 歩 – Ppo which is, again, walk or step.

Combined together, it creates the meaning,

“50 steps and 100 steps are not so different from each other, and it’s practically the same thing.

In English, a similar idiom we would use is “Six of one, and half a dozen of the other”to mean that either choices are the same or that they are not so different from one another.

Another commonly used proverb in Japanese that means “to do something in a haste would lead to longer time in finishing a task”.

The lesson from this proverb is that it is better to take things slowly and surely rather than do it quickly and would risk making a mistake, and having to do it all over again or take longer than initially intended.

Breaking down the Japanese Characters

The literal translation for this proverb would then mean “if one is in haste, then they will have to go around”.

The English equivalent of this proverb are “More haste, less speed” or “Haste makes waste”.

In this proverb, we can see the parenting philosophy of the Japanese. Often Japanese parents allow their children to go out to school by foot, and come home on their own. Some kids would also need to commute long hours to get to school.

By doing so, Japanese children are taught to be independent at a very young age. As the Japanese philosophy goes, rather than letting children become sheltered, let them experience the hardships of life at a young age, so they can grow into independent individuals.

Take a look at this video that sums up a typical day for a young student in Japan:

Let’s break down the parts of this proverb:

This is a combination of two words “可愛い – kawaii” that can often be used to mean something is “cute”or “adorable”. 子 – ko means child, a Kanji that is commonly used in word 子供 – kodomo – child.

旅 means travel. and させよ means the act of “letting”.

The literal translation of this proverb would then mean “Let the beloved child travel”. In English, the closest proverb would be “Spare the rod and spoil the child”.

Another commonly used proverb in Japanese, 猫を被る – Neko Wo Kaburu also reflects some Japanese cultural etiquettes of having a face in the public and private. Japanese people often try to become as respectful to others that they conceal their true emotions at times or avoid confrontation.

However, this proverb is often used in a negative connotation, so be careful if you try to use it in a conversation. It can often mean that someone is not trustworthy, or that someone is two-faced.

Breaking down the parts of this proverb:

猫 – Neko – Cat. It may have come from the fact are often seen as quiet and calm creatures.

The literal translation of this would be “To put on a cat”. A familiar proverb you can use in English can  be “A wolf in sheep’s clothing”.

A very useful proverb, you can use 一石二鳥 Isseki-Nichou to full-fill two things at once.

Let’s Breakdown the the meaning:

二鳥 – Nichou which is also a combination of two words.

You might have already guessed it, but the literal translation and English meaning of this is “Hitting two beards with one stone”, which is often used to mean achieving two things with one act.

That’s it! What did you think of these commonly used proverbs? Have you used any of them? What is your favorite proverb to use in Japanese?

It’s always easier to memorize or remember proverbs when you understand the story behind them. This can also help you remember the meaning of each Kanji.

Why don’t you try telling these stories to your peers to see if you can explain them well, and also help them learn Japanese!