Skip to content
You are here:Homevocab Learn Japanese while you exercise Part 1: How to Say Sports in Japanese 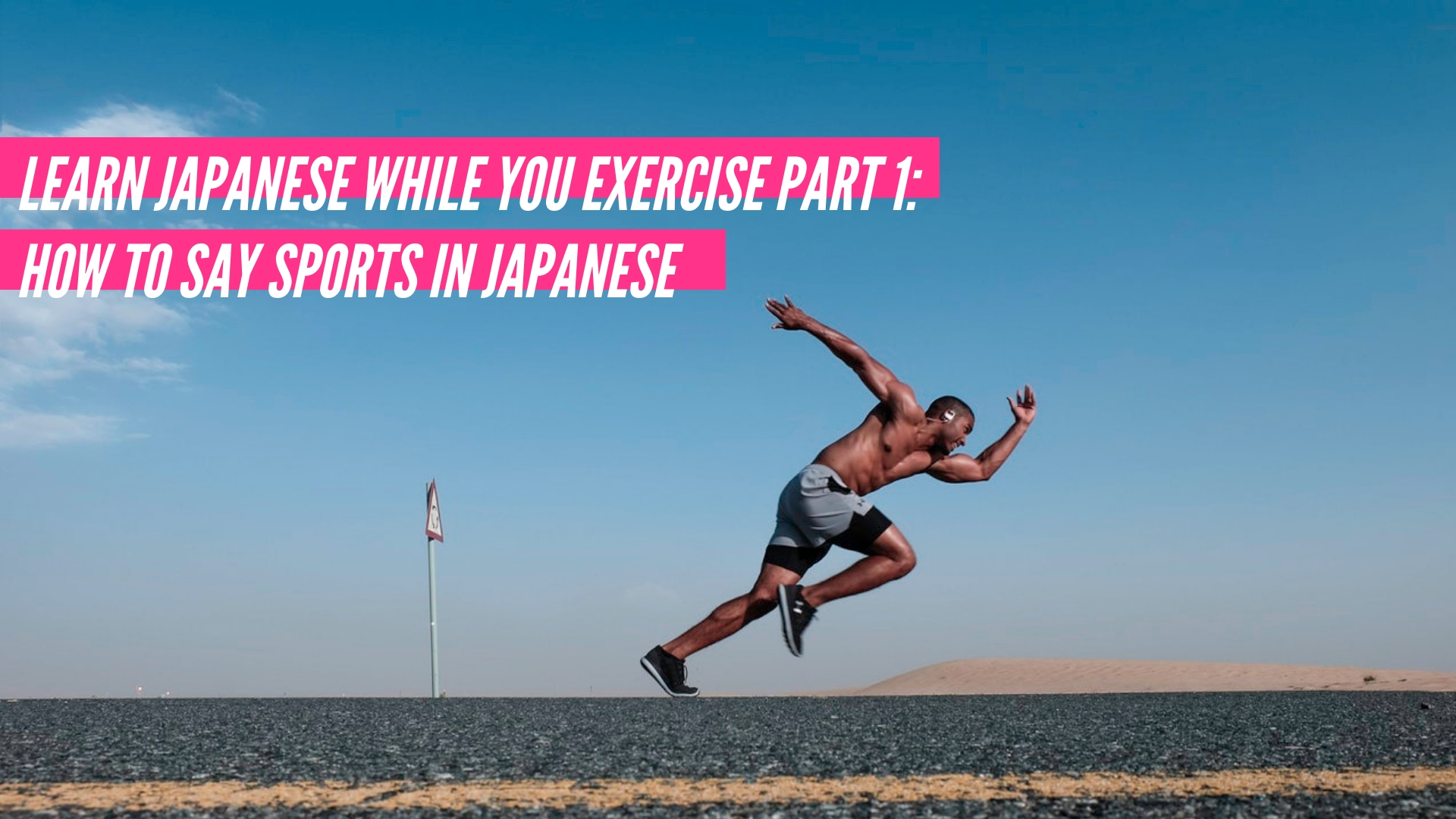 Learn Japanese while you exercise Part 1: How to Say Sports in Japanese

If you enjoy bettering yourself everyday through learning a new language like Japanese and achieving physical health and fitness, this lesson is for you.

Today, we will look at some exercise movements that you can incorporate in your workout routine.

After this lesson, you will learn to:

・Become fit and learn Japanese at the same time

・Better your mind and body

Let’s get right into it!

準備 comes from the word to prepare or preparation and 運動 means sports or exercise.

So, if you want to say exercise in Japanese, thinking of the words 運ぶ to transport and 動く to move.

You can also use the term ウォーミング・アップ (うぉーみんぐ・あっぷ woomingu appu) that directly derives from the English term warming-up.

One of the most important exercise movements we need for injury prevention and for better performance.

Here are some sample scenarios you can use this in:

ストレッチ as you might have already guessed, comes from stretch in English.

And, this one you are familiar with, 運動 comes from exercise.

Also a must in your exercise routine is stretching. It is also often an understated movement, but still one of the most important.

Here is how you can incorporate this new word:

有 literally means with or containing of and 酸素 on the other hand means oxygen.

Together, the direct translation is 有 + 酸素 = with oxygen.

These are naturally the type of exercise that use a lot of oxygen such as most cardio workouts; swimming, marathon running, walking and the likes.

無 meaning without or none.

What are non-oxygen exercises then? These would be more sports with explosive movements such as lifting weights and short running.

This is another easy way to remember the association of the meaning of cardio or aerobics and how you say it in Japanese.

Aerobics exercise or also known as Cardio in English can also be called エアロビクス運動 (eyarobikusu undou). This one’s a bit easier to memorize since it comes from the word Aerobics itself.

However, it may be more natural to say 有酸素運動 or even カーディオ (かーでぃお kaadio) which comes from the word cardio.

Now, let’s look at some sample scenarios where you can use them!

As you may have already guessed, this derives directly from the English word running.

However, there a lot of ways to say this exercise depending on the specific type of running.

So, let’s look into these two types of running then.

Let’s break down the Kanji from each word and see its meaning.

When you combine these small pieces together, it becomes a very simple combo:

That was really simple and easy wasn’t it!

Now, let’s look a scenario where you can start using them!

Let’s break down the word then shall we?

Another way of saying swimming is the word スイミング (すいみんぐ – suimingu) which again comes from the word swimming in English.

That was fairly simple, so let’s see how we can start using it.

How was it? Do you think you’re ready to make friends at your local Japanese gym and get pumped together?

Here’s also a fun fact about fitness in Japan:

This is a famous workout routine that is followed all over Japanese schools and even Japanese companies!

Often done as part of a daily routine during a morning round-up meeting or school meeting.

It’s a great way to warm-up and freshen up before you start studying or working.

See you at Part 2 of Learn Japanese through exercising, so you can learn more types of exercises and sports in Japanese!